We had the pleasure of hosting Spectacular Spiderman Night at the Academy last week, as four artists from the crew of Sony's popular animated TV series were in attendance as guest speakers. There was a great turnout, with a crowd that rivaled what we had on Animation Day last April 1. 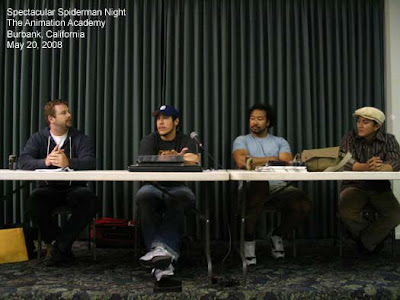 When Q&A was over, everyone rushed the tables to check out their work. 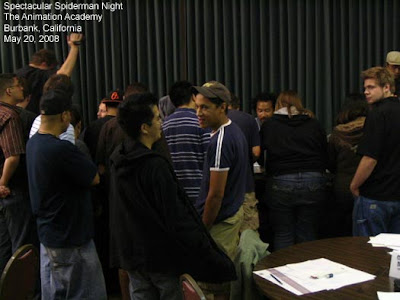 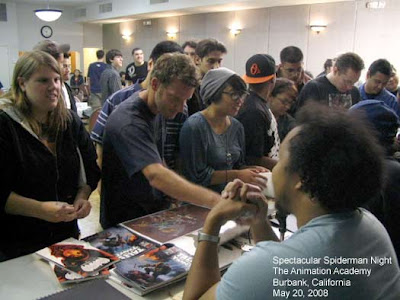 Jeff Johnson, Cheeks and the rest of our special guests talking with the crowd, while the Academy's videographer is busy catching some of the conversations. 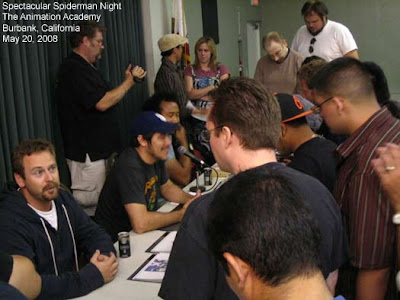 Cheeks, up close and personal. He brought a printout of his upcoming book, the third one Cheeks will be publishing. Academy students were the first to get a sneak peek at what to expect. 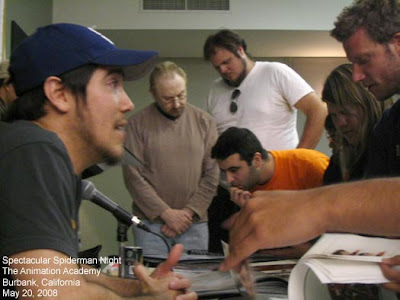 The little kids drawing at the lower right are Walter Gatus' children, inspired and getting started early. 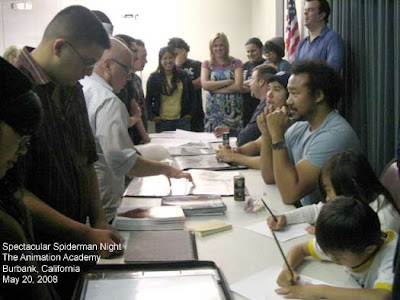 Two very special and very talented visitors from Cal Arts were with us for Spiderman Night. Kristen Campbell on the right in the company of Kris Anka, an Academy alumni and winner of the first Warner Bros Hanna Barbera Scholarship in 2007. 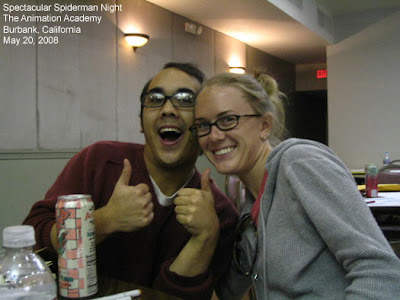 A Big thanks to our guest artists from Sony! It was another spectacular experience at our school.

We're booking seats for classes scheduled for July 1, 2008. It's going to be another well attended semester coming up. If you'd like to enroll, get in touch with us.

Until then, Keep Creating! It's good for ya.
Posted by Charles Z at 4:39 PM No comments:

Celebrating more good news. Hannah McCully, a student from our Teen Program, has been accepted into Innerspark 2008 at Cal Arts. Innerspark is a special curriculum that Cal Arts sponsors each summer for exceptionally talented teen artists. Hannah is the latest in a long list of students from the Academy to make it into Cal Arts in some capacity.

Congratulations to Hannah McCully on her achievement! We're very happy and proud!
Posted by Charles Z at 8:36 PM No comments: