It's always a personal thrill when I can feature the creative and professional success of an Academy alumni. This time the spotlight falls on Andre Medina who is currently a Character Designer and Visual Development Artist at Sony Pictures Animation. Andre attended the Academy a few years ago and made an impact as he embraced our program. His skills quickly grew and through the imaginative subjects he created he developed his own unique style that eventually led him to CalArts. Afterwards he entered into a training program at Walt Disney Feature Animation where he worked on their Oscar winning short "Paperman". That in turn paved the way for a position at Sony where he is happily immersed in motion picture production.

Andre stays in touch and shared this video of his latest project. Sony's "Cloudy with a chance of Meatballs 2" will be released this coming September 2013 and much of what you see in the trailer contains his work. Congratulations Andre! Looking forward to the movie and to what you'll be coming up with in the future!

You can visit Andre's blog here.

We've had many students who've come to The Animation Academy and made an impact but few can compare to Einav Deri. On two occasions we had the pleasure of having her enrolled in our program. She came all the way from Israel with the humblest of artistic beginnings. About as raw as you can get when it comes to her skills and she went on to amazing success in a very short period of time.

She's been featured before on the Academy's blog.


Einav came here with the intent and determination to be a Character Designer in video games. Today she is happily employed at Flaregames Studios in Karlsruhe, Germany creating terrific work of the highest quality and contributing greatly to the success of the Flaregames team. She also continues to make an impact in her home country as her characters are featured in nationally televised commercials such as the one below.


You can visit Einav's blog at this link.

I can't say enough good things about Einav Deri so I'll leave it at that. Suffice it to say that we were more than happy to have someone as innately talented and creatively motivated as her as a student and we're grateful and appreciative for her contributions to the legacy of The Animation Academy in Burbank by virtue of her participation with us and her subsequent success. Flaregames is fortunate to have her as an employee and anyone that works with Einav can be guaranteed they're dealing with a skilled professional of the highest level.

A student from a local high school who enjoys drawing sports cars recently enrolled in the Academy's program. Narek Chopuryan started with Character Design 1. Although his interest lies in subjects other than characters, he dedicated himself to learning something new. A discipline essential to his artistic progress and for moving forward with us. By focusing on fundamentals, Narek made amazing strides. In just a few short weeks he went from about as raw as you can get to a level that stuns everyone who sees his current work.

This is what Narek created in the very beginning of his class.

And this is what Narek came up with in his most recent session of Character Design 1. 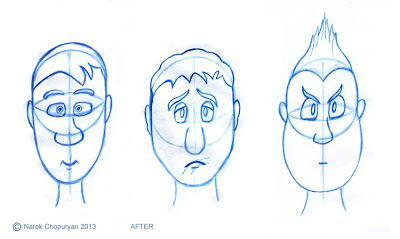 If you didn't know it there's little chance that anyone would think these two sets of drawings were done by the same person. This is indicative of the progress that our students routinely make. If you're looking to build a strong foundation for your art even at an advanced level you'll find The Animation Academy very beneficial in this regard. We accept new student enrollment on a monthly basis.

Congratulations Narek on your admirable progress!
Posted by Charles Z at 10:10 AM

Haomin Lo - Before and After

Here's another example of the remarkable progress our students routinely  make on fundamental levels developing a foundation that will serve them artistically for the rest of their lives. Haomin Lo has recently completed Character Design 1. Here's what he created when he started the class and prior to any direction or instruction. 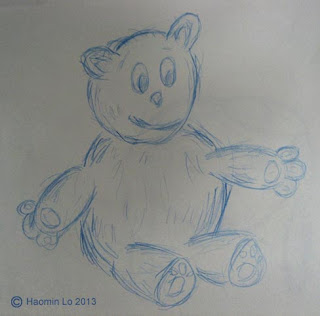 This is what Haomin came up with at the most recent session he attended last week as he wrapped up his assignments to complete the course. 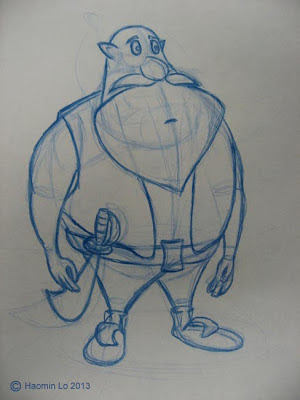 A truly dramatic change in a short period of time. It's exciting to imagine what he'll be doing in the future as he continues to build upon the momentum he has going with his art. You can follow the progress Haomin made in the class by accessing his blog. Congrats on how far you've come in just one enrolled subject Haomin!
Posted by Charles Z at 9:05 AM

For many years I've been discouraging my students from working for free and encouraging them to arrange an appropriate deal or compensation for the work they're asked to do. The epidemic of expecting artists especially students to work for free started a long time ago. I was addressing this way back when from the earliest days of the founding of the Academy and before.

When I began my career in animation working for free even at a student level was unheard of. Training programs at the studios were all paid internships. Today unpaid internships are the norm. When students were asked to work on a project it was expected that there would be financial compensation. That was the standard and the norm. Today that is not the case. Working for free in exchange for credit on the project or professional experience has become what most people expect from artists who are looking to break into the biz and even artists who are established. For example, it's become standard practice to require artists who are applying for a studio position to take a test and not be compensated for their time. Free test taking occurs even with seasoned veterans of the animation industry and nothing has been done about it. Even at a union level here in the Los Angeles market.

I first met Stephen Silver when he enrolled in my Visual Development class at a school I was teaching at in 1996 and 1997. It was called Associates In Art located in Sherman Oaks just down the road from Burbank. After I started The Animation Academy he joined my Character Design class in 1999 and soon afterwards began teaching here. Stephen went on to great things in animation picking up on our philosophy of developing an independent aspect to your career in addition to your studio employment. And he didn't achieve his success by working for free. While he was with us the subject of working for free was a highly discussed topic among our students.

Last week Stephen contacted me with a request to help spread the word about his latest YouTube video. It contains much of what we were talking about at the Academy back in the day when working for free was becoming more and more prevalent. Since last week his video has become viral with animation media picking up on it. Hopefully this will get the message across to everyone. Take a look and a listen to what Stephen Silver has to say about the subject. You don't have to work for free and if everyone in the community of artists both student and professional just said NO THANK YOU things will be much different and hopefully the idea of expecting artists to work for no compensation will finally fade away.

It's up to us to make that change.

Moon over The Animation Academy Burbank

Thought I'd share something different with friends and followers of the Academy's blog. This is our conference room in Burbank California. Yes it is nice. It's even nicer than it appears in these photos. Chance Raspberry of The Simpsons was visiting the other night and we had a meeting at the conference room. It's the highest point in the Magnolia Park area in central Burbank. Kind of looks like an ancient temple. He took these shots during our meeting with his iPhone. 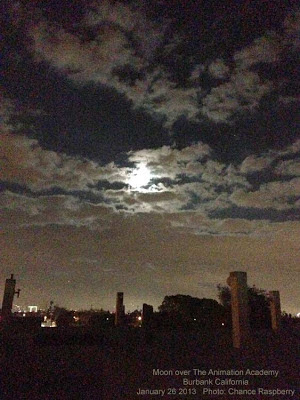 Here's another view of the January night sky with a full moon as our lamp. You can see the lights of downtown Burbank way off along the horizon. The conference room is on the fourth floor of a three story building above the tree line. 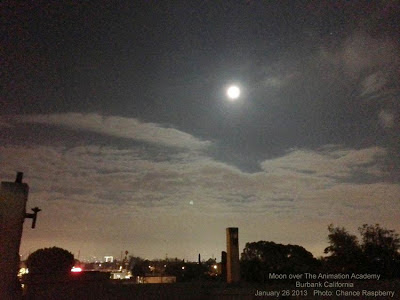 Chance is a former student of the Academy and is one of many who've gone on to become stars in the biz. He's recently succeeded with a Kickstarter campaign to fund the production of his Little Billy project. We were having a strategy pow wow for the project. The Academy is located at the geographical center of the capital of the animation industry. A great place to be. Wanted to share this beautiful view. Thanks for the photos Chance!
Posted by Charles Z at 9:59 AM