She was once a student. Now she's grown to become indispensable as an instructor here at the Academy. Maia Gross is another of our brilliant artists that creates a positive affect upon our community with every class she conducts. Maia is the result of our practice of developing our teachers from our student body. She's as outstanding an instructor in Character Design and Visual Development as she is a vibrant individual and a visionary. She nurtures and inspires a highly talented group of future superstars and we're fortunate to have someone as dedicated and devoted to our school as she is.

Below is a small sample of what Maia comes up with as assignments from when she was a student to class demonstrations as an instructor. Presented in no particular order and accumulated from the many times she's been featured on the Academy's blog. 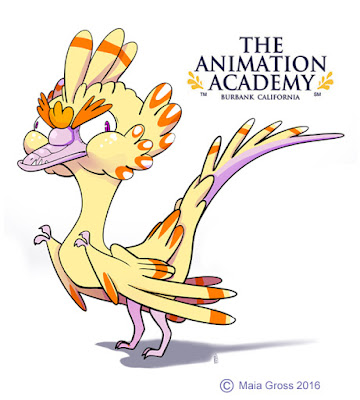 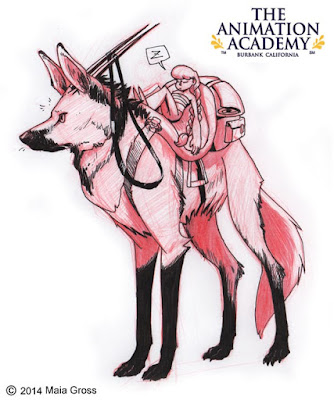 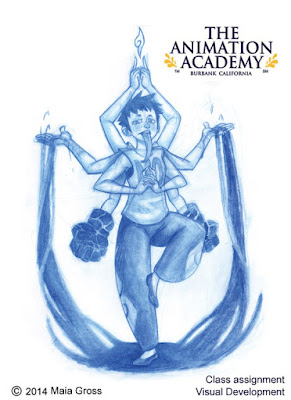 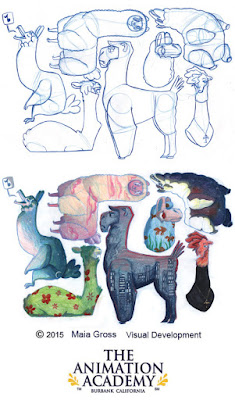 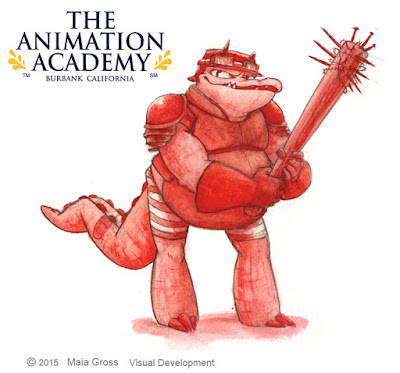 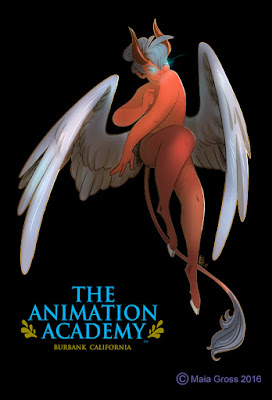 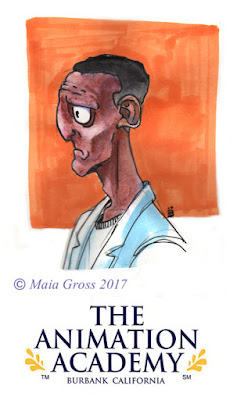 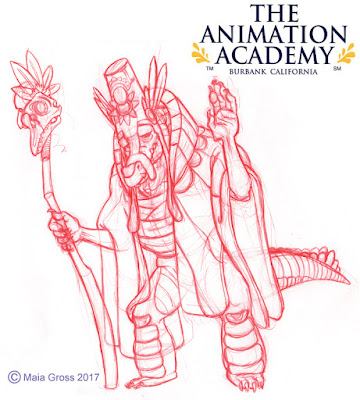 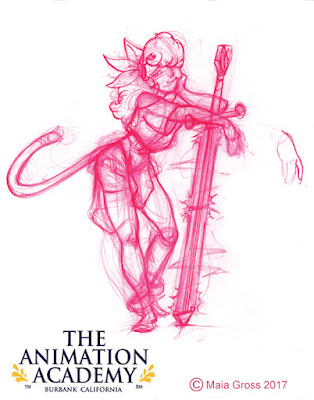 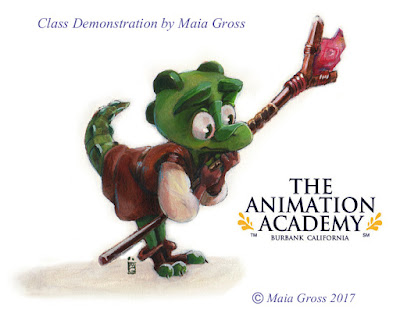 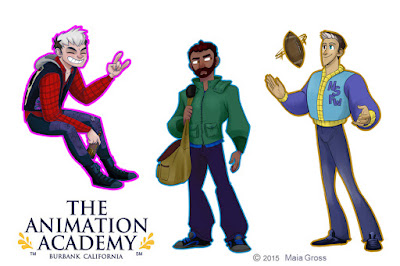 Way back in the earlier years of The Animation Academy we enjoyed having a very talented student attend classes with us. Albert Park was a teenager at the time as I recall and was enrolled in Character Design 1. He did a fantastic job with his assignments and it was very clear that he was headed for great things in his career.

Below are copies of 2 of his works which we have displayed on our Wall of Fame seen publicly for the first time. One is a full body 5 pose rotation which is a basic for professional character designers. This establishes what the character looks like. The next is a series of facial expressions of the character which is also a basic requirement for professionals as this helps describe the personality of the character. The material is then incorporated into the model package for the character and utilized in production as things move down the pipeline.

Since that time Albert has gone on to work at several top animation studios and is best known as a storyboard artist at Marvel Animation. You can see his IMDb credits here and you can also see his Facebook here.

Adapting your artistic skills to the necessities of animation will help in be positioning oneself for professional opportunities as they develop. 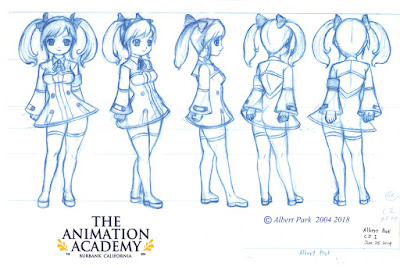 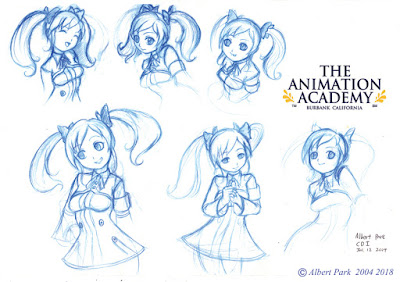 Here's another example of the incredible talent that has come our way and contributed to our 20 year legacy. This art is from an assignment by Sean Jimenez when he was a student at the Academy back in our first year of 1998. First time the art has been seen publicly. He created this for Visual Development and Production design. The assignment was geared towards creating a thematic composition utilizing gray tomes. Sean did a great job. We have the art feaurued as part of our Wall of fame.

In today's industry Sean Jimenez is among the most accomplished of professionals working in the biz. His credits include Background Design Supervisor for Disney's "Gravity Falls" TV series. Click here to see IMDb credits for Sean Jimenez. You'll be amazed at his designs at this link to Sean's blog. 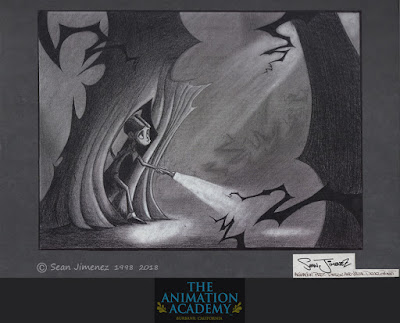 One of our most creatively vibrant students is a young lady who's been with us for several years and is currently attending the Academy as an assistant instructor. Autumn Galvin is also enrolled at a local college where she's impressing the animation department with her imagination and her unique approach to her work as well as with her basic skills in design and draftsmanship. Below are a few examples of what she's created in class. You can follow Autumn Galvin on Facebook and in other social media venues. 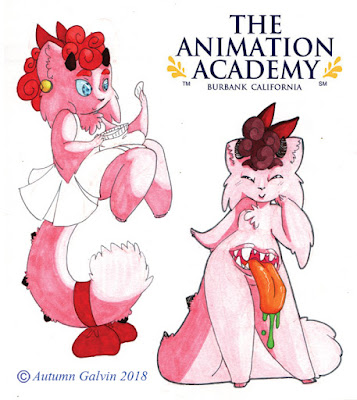 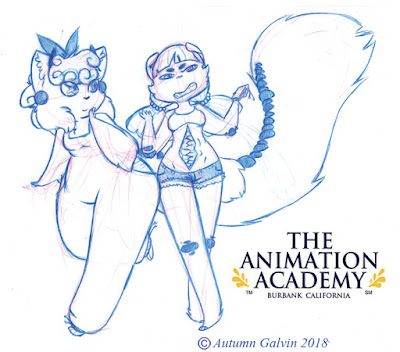 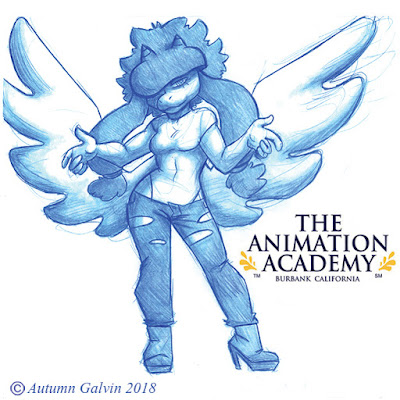 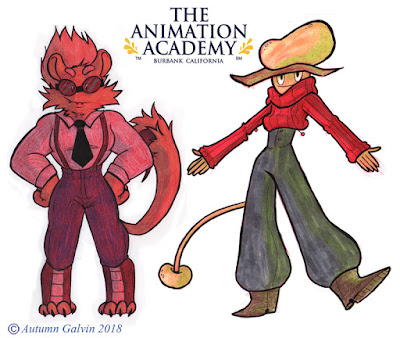 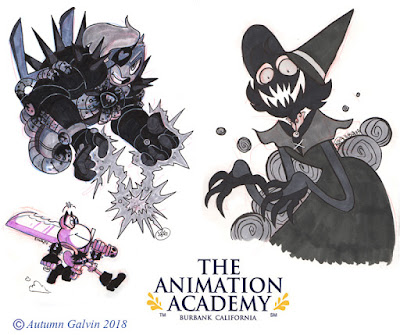 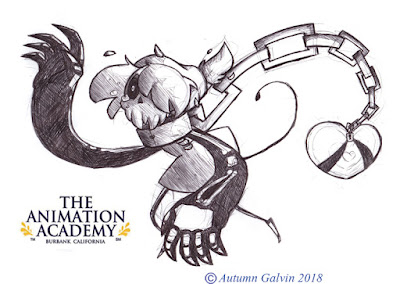 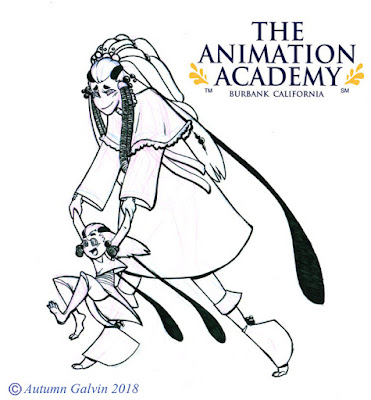 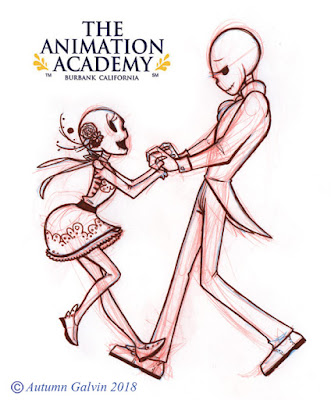