Gary Trousdale at the Academy

This is how we celebrated the 13th anniversary of The Animation Academy.

On January 18, 2011, we had the great honor of hosting Gary Trousdale, the co-director of Disney's "Beauty and the Beast", "Hunchback of Notre Dame" and "Atlantis".

He is currently at DreamWorks, where he is developing new projects. 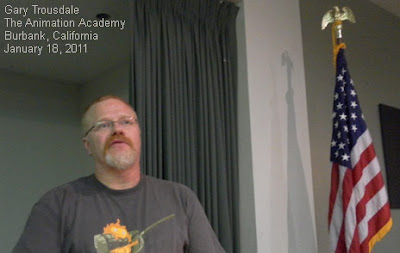 I've uploaded photos from the evening on the AnimationNation Forums. You're welcome to click on the link below and learn more about this very special and historic event we had the pelasure of sponsoring last week in Burbank.

The Academy is 13 years old

We had a great celebration last night to honor the 13th anniversary of the founding of the school.

Actually, the school was founded in December, 1997 but we had our first class on January 19, 1998. Started with 20 students in the back of the Coral Cafe in Burbank and we've been going strong and steady ever since.

I'll return soon with photos from the special celebration.

Let's keep it up and let's Keep Creating! Many more good things to look forward to.

In 2007, the year of the very first Warner Bros Hanna Barbera Scholarship it was Kris Anka.

In 2008, the year of the second Hanna Barbera Scholarship, it was Nelson Boles.

This is a national scholarship awarded by Major League Baseball. 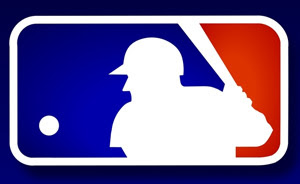 I first met Margo in 2009 at the Burbank Boys and Girls Club. She was a winner for a contest that Cartoon Network sponsored. Through the Club, she applied for this scholarship so she could study at the Academy.

I found out on Monday that she won!

She'll be attending classes at the Academy for a year.

We have another emerging superstar in Margot, and another Grand Slam.

Congratulations Margot, and thank you Major League Baseball and The Boys and Girls Club for your support of kids and the pursuit of their dreams.

Keep Creating!
Posted by Charles Z at 1:44 PM No comments: