I was looking through the Academy student archives the other day and discovered work that was created by Lorelay Bove when she was a student here. Lorelay is currently one of Walt Disney Studio's top visual development artists and a new superstar in animation. 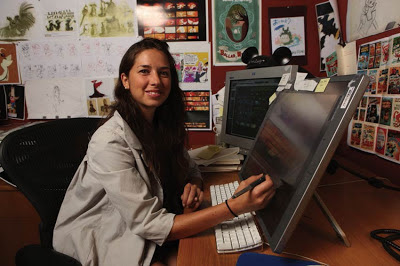 She was a designer for "Wreck-It Ralph" as well as "Prep and Landing" among other high profile Disney projects. 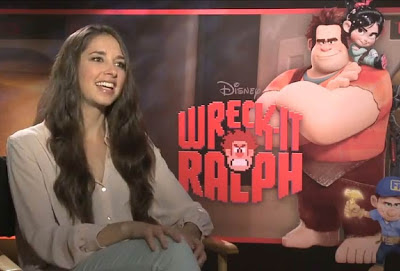 In 2002 Lorelay was a student at a local college and was in need of specialized training. She wanted to apply to CalArts and came to The Animation Academy to prepare her portfolio. As my student she successfully completed Character Design 1 and 2 and upon request was provided with a Letter of Recommendation which I happily provided. She was accepted into CalArts and the rest as they say is history.

Here's what we have of Lorelay's early work from her time as a student in Character Design 1. Click on the images for a better view. 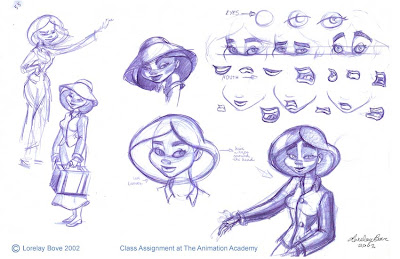 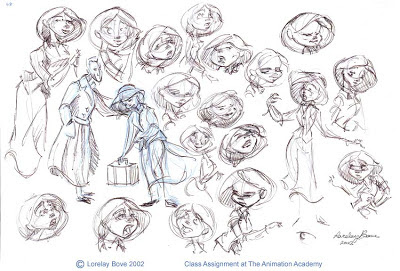 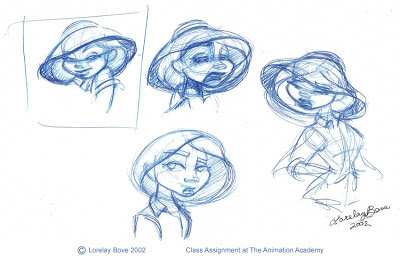 You can see how Lorelay was attempting to get her fundamentals down. Her artwork showed promise but still had a ways to go to distinguish herself from her peers. She was a very dedicated student and her perseverance paid off. Now she's at the top of the game. That's the difference that good fundamentals makes in your art.

If Lorelay can achieve great things in her career from these humble beginnings you can too! We've had many students who went on to become standouts in the animation field as a result of their time with us. The Animation Academy can make a significant improvement in your art. If you're serous about a career as a professional animation artist or in developing your skills in working from your imagination then the Academy can help you establish a solid foundation that can take you to the next level as we see with the example of Lorelay Bove.

Keep Creating and focus on those all important basics and great things will happen for you with your art.
Posted by Charles Z at 2:37 PM 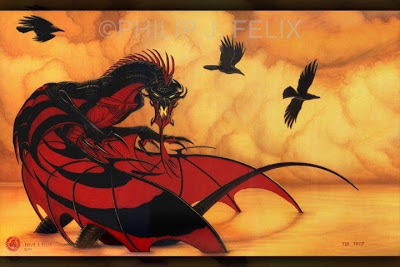 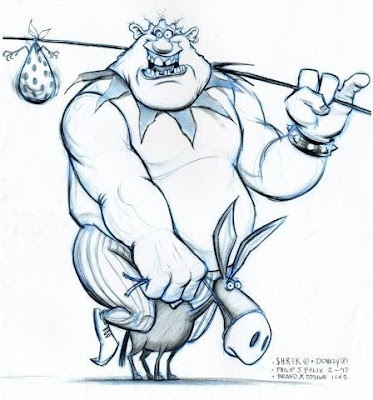 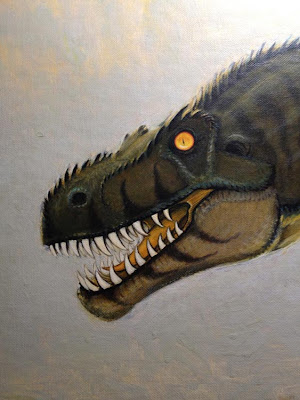 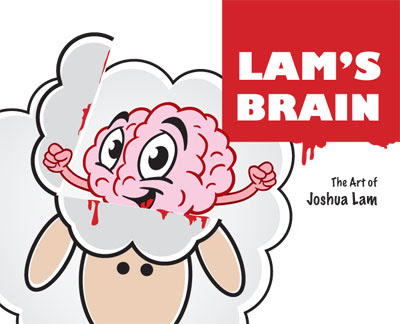 Happy to pass along the news that Joshua Lam's new book "Lam's Brain" is online and available for all to see. Joshua is a former student from the Academy. Like many of our students both current and those who've been with us in the past, Joshua has utilized work he created through class assignments as content for his publication. He's also embellished his book with more recent art. Click on this link to peruse through "Lam's Brain - The Art of Joshua Lam". You can access Joshua's blog here.
Posted by Charles Z at 12:45 PM