Back in 1999 in the early days of The Animation Academy we had a student in attendance who created a sensation in the world of comic books. Christian Gossett was with us when he developed and launched "The Red Star". It was a groundbreaking property that established him as an innovative force in the world of independent creators.

Now Christian is back in the news as the Director of a highly successful Kickstarter project. It's called "Star Trek: Axanar" and is an independent film based upon the venerable sci-fi franchise being produced through crowdfunding. The production quality of the project is excellent and the results of two campaigns this year have greatly bolstered prospects for the continuation of the project.

The first Kickstarter campaign was conducted this past March 2014. The initial goal of $10,000 was surpassed early on and the Axanar team wound up with a total of $101,171. Those funds helped finance the follow up campaign which is in its last few hours. The goal of $100,000 has been far exceeded with a total so far of $415,632 as of this writing.

We've always strongly encouraged the development of an independent aspect to one's artistic career and for the creative community at large. The emergence of crowdfunding has made it possible to do incredible things outside of the realm of the mainstream entertainment industry as this and many other projects over the past few years clearly show.

Take a look at the original promotional video for Star Trek: Prelude to Axanar and the most recent episode below and see for yourself how exceptional this project is.

We recently received word that former Academy student Bridget McCarty has the unique distinction of being a Disneyland Gallery Artist. Her work in connection with the 45th anniversary of the Haunted Mansion attraction at Disneyland is now on exhibit and for sale through their venue. Here's what she created for the occasion... 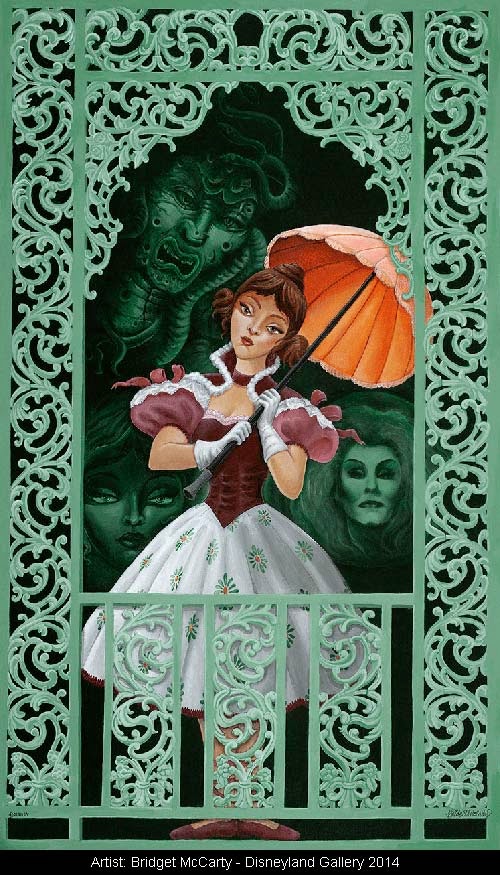 This is a great honor for any artist. We're very excited for Bridget and happy to be sharing in the celebration of this impressive accomplishment. Bridget was enrolled at the Academy years ago as a high school student and made an an impact with her art at the time. Today she is a grown lady with a successful professional career. Visit her website to see the unique art that she creates...